On Wednesday, 12 November 2019 Cork and Ross became the 24th diocese in Ireland to launch the Pope John Paul II Award for young people. The aim of the Award is to offer a way for young people and parishes to connect in a structured way – engaging young people from age 16 upwards in service in their parish community, a social awareness project and in developing their faith. 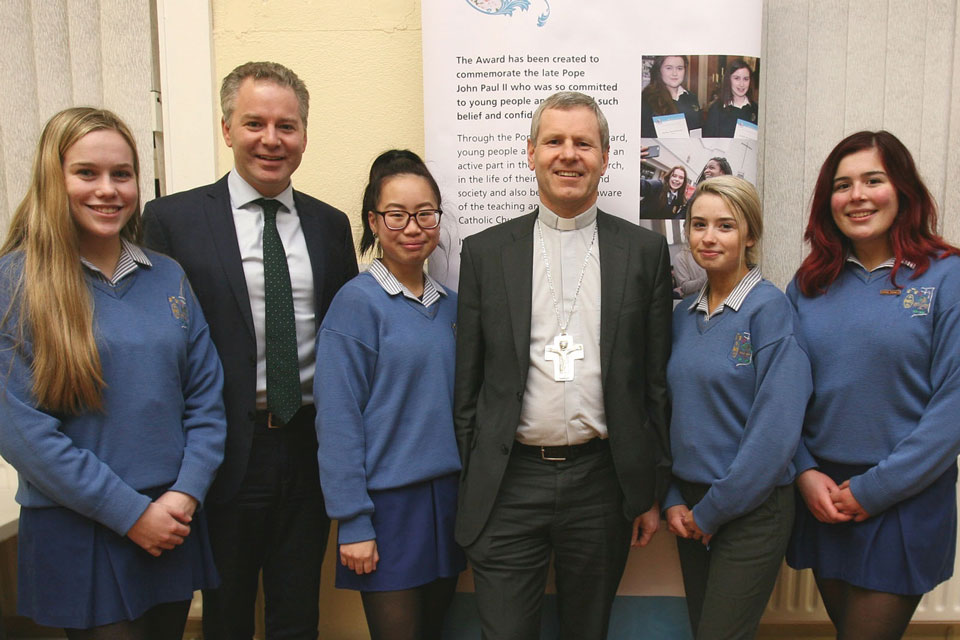 Tony Brennan the National Coordinator for the Award referred to the words of Pope Francis to young people in Christus Vivit “dear young people, please do not be bystanders in life. Get involved, Jesus was not a bystander. He got involved.”

An opportunity for parishes to engage with their young people

The Award offers parishes an opportunity to make a visible space for their young people to engage in their local faith community. Young people today need us to take special care of them as they are in serious danger of losing a real knowledge of Christ and of their parish communities†.

Tony quoted from the homily given by Bishop Donal McKeown, Bishop of Derry and Award Patron at the recent Award pilgrimage to Knock Shrine “doing the Award is without much sense if you do not become involved with others in a prophetic way, in prayer, in building up the faith community, in building hope, in being unhappy with the right questions rather than happy with the wrong answers.”

Present for the launch was Mr Gerald Harbinson, Supreme Knight of the Knights of Saint Columbanus. Mr Harbinson, in his address encourages parishes to take on the Award, to be innovative and enthusiastic in their engagement with young people – who are the NOW of God. He acknowledged the vision of Bishop Fintan Gavin in reaching out to young people through the Award to assist parishes in reconnecting with them.

The Award was founded in the Diocese of Derry in 2006 out of the vision of Fr Paul Farren. The Knights of Saint Columbanus have generously seed funded the Award in each diocese throughout Ireland who started the Award since then.

The Award will be coordinated through the Pastoral Development Office

In the Diocese of Cork and Ross, the Award will be coordinated through the Pastoral Development Office. Sr Karen spoke of the next steps for parishes to take – to nominate the parish award leaders who will receive training, resources and support to establish the Award in their parishes.

Bishop Fintan Gavin was presented with a framed certificate from Bishop Donal McKeown, the Patron of the John Paul II Award, to mark the official launch. In his reply Bishop Fintan encouraged parishes to introduce the Award and to take this new opportunity of building real connections between second level schools and local parishes.

Before and after the gathering he took time to meet the young people present, the parishioners who hope to become Award leaders and school chaplains. It is a new initiative for the diocese and is one on which he hopes to build into the future as he is planning meetings with young people in the coming months. They are at the heart of his priorities for his new ministry as Bishop of Cork and Ross.

As Director of Pastoral Planning and Development, Fr Charlie Kiely thanked all who came to the two venues for the official launch and reminded all present of the mutual benefits for parish and young people in engaging in this new initiative which has been in the plans of the diocese for some time now having sent out initial information to all parishes last April. He concluded by reminding us that in 2020 we will mark the 100th anniversary of the birth of Pope John Paul II and so it is a fitting moment for us to launch the Award in the diocese as we approach this milestone. 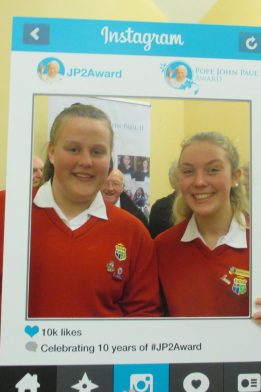 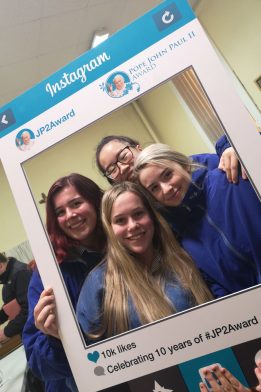 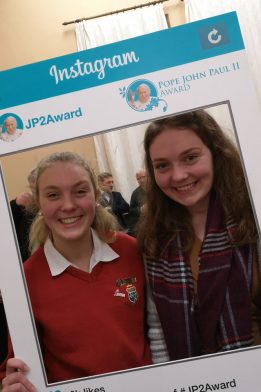 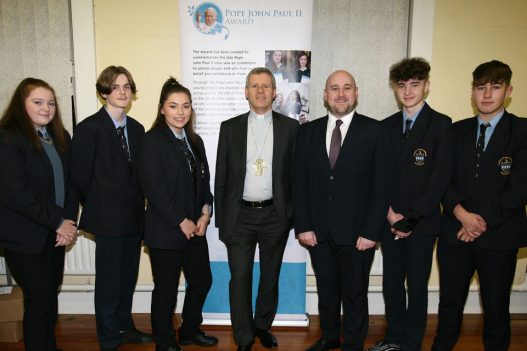 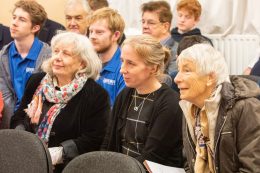 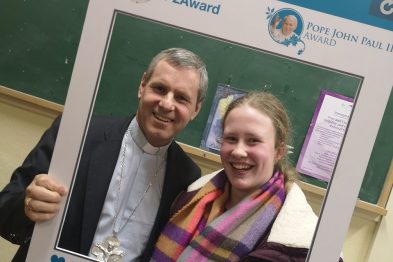 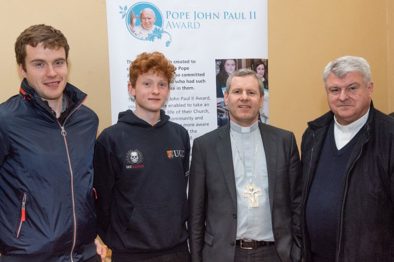 If you would like become involved in the Award in the Diocese of Cork and Ross, as a participant or as a parish leader please contact the Pastoral Development Office, on 021 4537474.