The Award is made up of three strands. In the first two strands the young people are invited to commit themselves to active involvement in both the life of their local parish and in the service of their community. The third strand invites them to write a short reflection on how their involvement has helped them to understand better what it means to be a member of our church.

The young people immersed themselves into the life of their parish and of their community over the past year. They enhanced their school and parish liturgies through word, song and music, by serving as sacristans, ministers of the Word and of the Eucharist, helping out in their local parish office, Faith Camps & Youth 2000 prayer meetings, helping in the Diocesan trip to Lourdes, taking part in their parish mission, Catholic Schools Week.

Through their participation they enlivened the great liturgies of our church’s year. They touched the lives of those both home and abroad by raising much needed funds. They nurtured that faith by attending both parish and school retreats. They have been faith friends to some of the younger people in our society by assisting them with the preparation for confirmation. They have given life to their faith through their involvement with organisations such as Trocaire and with the Vincent de Paul. They have served their community by caring and making friends with the elderly and those with special needs through their kindness, goodness, compassion, visitations, fundraising, mentoring and through involvement with groups such as their parish youth clubs, student councils, Cork Penny Dinners, Mentoring in sport activities, Care Choice, water safety, the Scouts and Foróige, ACTivate Club-CDYS Mallow.

A sincere thank you to their teachers who are their award leaders for all the work they do in making the award a success in their school.

Guest speaker on the night was John Fitzgerald from the World Meeting of Families Committee in the Diocese of Cloyne. He gave an in depth insight into what will happen in August 2018 and the events that the diocese will have in preparation for this great occasion in which Pope Francis will attend.

We were delighted to have the newly elected Supreme Knight Mr Gerald Harbinson who travelled down from Newcastle in Co. Down for this Award ceremony. Without the support from the Knights of St Columbanus this Award would not be possible.

Bishop Crean presented each young person with their Certificates and Medals. 59 young people received their Bronze Award, 5 received Silver, 58 received Gold and 3 received the Papal Cross Award. This was a fantastic achievement for all the young people involved. Unfortunately, Kinsale Community School were unable to travel due to the flooding in their area. We will look at having a small ceremony for these students who were very upset that they could not travel. It was such a joyous occasion for both their families and their schools. 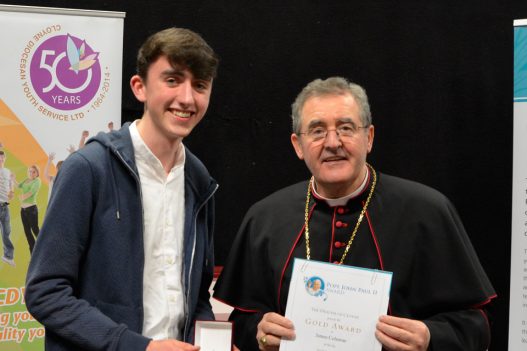 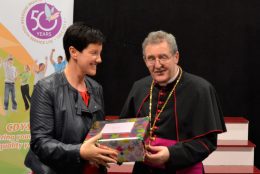 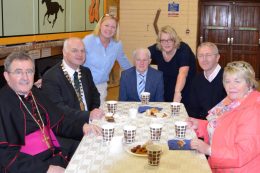 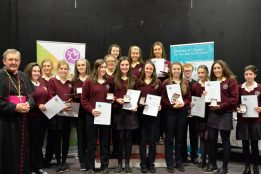 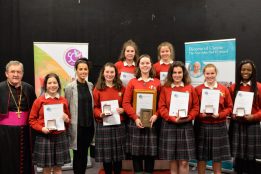 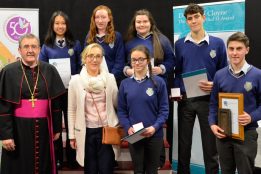 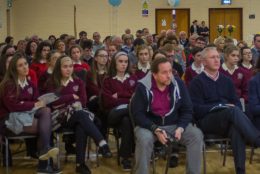 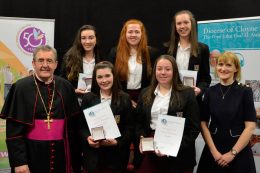 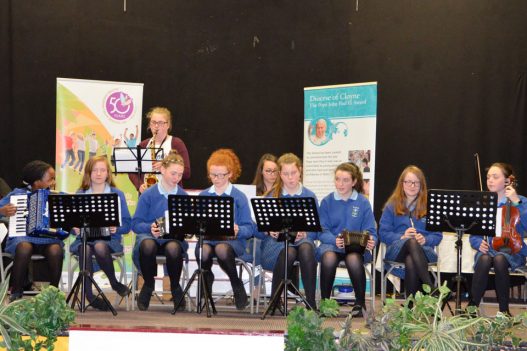 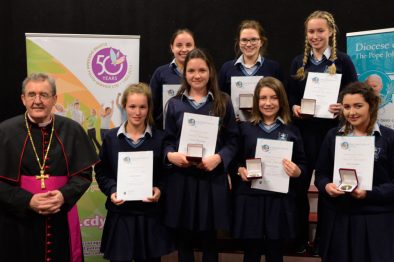 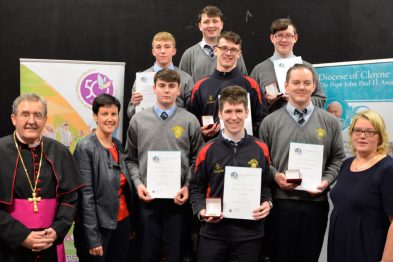 Get involved in the Award in Cloyne

The Pope John Paul II Award is for anyone between the age of 16 and 18. It is non-competitive, inclusive, flexible and voluntary. Awards are earned by taking part in parish and social activities – 1 hour per week over 8, 14 or 20 weeks. There are 3 Award levels – Gold, Silver and Bronze. Those that have completed the Gold Award have a further option of completing the Papal Cross Award.

If you would like to get involved in this fantastic Award, please contact Bernadette, Mallow Parish Youth Ministry on 086 8031126 or email: bernadette@cdys.ie